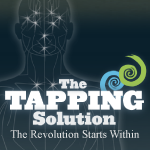 Healing the mind and releasing the genius in all of us

I am wondering why the Education system hasn't adopted the techniques of Accelerated learning, Educational Kinesiology and the latest in Brain Research. I am seeing more and more teachers, students, parents & children who are suffering from stress, anxiety & unhappiness. I think it is a big problem, bigger than we really want to acknowledge. Consciousness is accelerating, the pace of change in our lives is accelerating; we had better get on board or be run over!

Most of the Accelerated techniques are still not being fully utilised in our schools or Universities. Research has progressed but it seems there is a great resistance at Universities and Teaching Colleges to fully implement the ability for students to finish a course in half the time it normally takes. I have even heard that in Britain they didn't want to see Accelerated Learning Techniques introduced into schools, as early graduation would cause a huge pressure on the workforce of the nation. Hhhmm.

In the early 1990's accelerated techniques where becoming popular until the teachers realised that it would mean more involvement at the teaching level. In fact Accelerated learning depends heavily on how the teacher teaches. All the student needs to do is, show up, have fun and enjoy the relaxation. It is the teacher that does all the work. But they also reap the rewards of students graduating with a real love of learning. Let us hope each individual student and parent will discover the wonder of these simple yet powerful techniques.

This article below appeared in the WellBeing Magazine back in the 80's. It just shows you how long we have known about the possiblities of accelerating learning and improving the brain........

How would you like your learning stress to cease, health problems to diminish, be more relaxed and learn 3 to 5 times as fast as you do now with an 80 to 95% success rate at recall?

Accelerated Learning research proves that it can be done. Accelerated Learning, Superlearning, Suggestology, call it what you will the fact remains that a new way of learning and teaching has been discovered and now is slowly, but steadily, sweeping the world. Universities in the United States, Russia, Germany, Sweden, Canada, Finland and Australia, at the moment all have Accelerated Learning projects in progress, showing us the incredible potential of this new system. It doesn't stop there. Dozens of research psychologists, physiologists and professional educators have contributed to produce this unique way of teaching and learning. If we are to believe all the research results of these famous universities, we must also believe that our school system as it is today is only allowing students to use a fraction of the intellect they all possess.

To help us understand how this is possible we must observe how our minds work and ascertain what prevents us from being geniuses right now. From recent discoveries, it seems that our brain is over-endowed. It was often said that we use only 10 percent of our brains but recently scientists have estimated that we only use 4 percent of our potential brain power. That means that 96 percent of our mental potential lies unused. ABC TV last year showed a program where three healthy 'intelligent' teenagers (two USA, one UK) after having a brain scan were found to have 90 percent of their brain dead, i.e. 90 percent of their brains did not exist on the scan. Yet these teenagers had no difficulty at school or in life, they were perfectly normal in every other way. The question we must ask is this: What of the rest of us with a complete brain? Are we normal?

That the brain is divided physically into a left half and right half is not a new discovery. As far back as the Egyptians men know of this division. Yet it has been only in the last 20 to 30 years that the true implications of the left/right brain split have become so apparent. Dr Roger Sperry and Dr Robert Ornstein of the California Institute of Technology won a Nobel Prize for their work on the brain. They noted that the left and right hemispheres are connected by an incredibly complex network of up to 300 million nerve fibers called the Corpus Callosum. They were also able to show that the two halves of the brain tend to have different functions.

The left brain (if you are right-handed, opposite if you are left-handed) deals with language and mathematical processes; it specializes in analyzing information in sequence, i.e., in a 'logical' step-by-step approach. The left brain rationalizes and verbalizes. The right brain principally deals with creativity, imagination, intuition, visual impression and music, also the ability to deal with certain kinds of conceptual thought - intangible ideas such as love, loyalty and beauty. It seems to take in several bits of information 'at a glance' and processes them into one overall thought. The right brain synthesizes in a nonverbal way. What this all points to is that because of the right brain process of nonverbal signals its information has to be transported across the Corpus Callosum into the language areas of the left brain, which is then able to be communicated to the outside world in a logical, rational, linear manner. Our conscious thoughts appear this way - one at a time.

That's fine if your left brain is completely open to the right brain concepts. What if it is not? What if your left brain has been taught to believe that only rational thought exists? What happens to that intuitive flash you might have? Do you believe it or does the left brain say that's not logical and you dismiss it? (What a shame if it had been the correct 'Lotto' numbers for the coming week!) This is generally how our learning blocks develop, that is, when our logical minds have been taught in a negative manner.

Past childhood conditioning, reinforced by poor teaching methods, gives our left brain a poor self-image, which literally hamstrings our mental powers. For example, if we are taught at an early age to believe we are stupid, we then have a logical or left brain answer to anything the right brain might think about us being clever. In our leap to intelligence, speech, writing and arithmetic all played an important part - they were all left brain techniques. This past century we have attained incredible advances in the technical and scientific sphere. We have in fact come as a society to value more highly the functions of the left brain. In money terms the analytical thinking of the physicist, scientist and chemist are valued more highly than the artistic and intuitive ability of the musician and the artist.

Joseph Bogen, writing in the UCLA Educator remarks, 'The current emphasis in education of the acquisition of verbal skills and the development of analytical thought processes neglects the development of nonverbal abilities'. It is he claims, 'starving one half of the brain and ignoring its contribution to the whole person.'

We do know from research into the foetal brain development that the brain has laid down all its cells (called neurons) by the 20th week of pregnancy. No new cells are developed, but what continues to grow are the connections between cells. Most of the basic connections are made before five years of age. These connecting fibers will continue to grow between neurons as long as the brain is alive and stimulated. Since each person can make thousands of connections, the potential number of interconnections in the brain runs into trillions.

Therefore the areas of the brain develop depending on how it is stimulated, i.e.. Analytical and logical teaching stimulates the left side and music and creativity stimulates the right side. It's an interesting fact that in Ancient schools, art and mathematics were taught together and were classed as equally important in the development of the whole person. Educational researchers are talking increasingly of 'whole brain' learning.